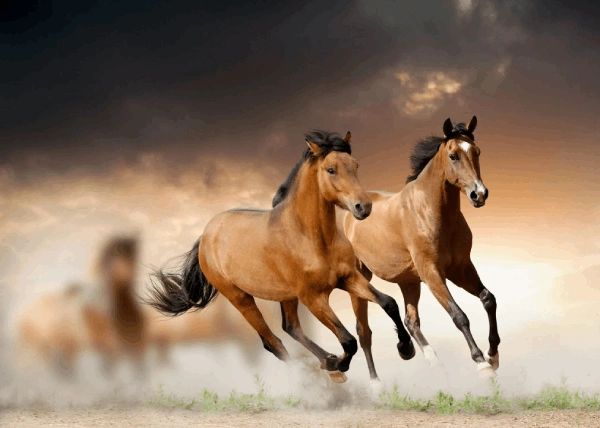 Saving Horses, Inc., is a 501(c)(3) nonprofit horse rescue organization rescuing horses from slaughter, abuse, and neglect since 2007. We have rescued or coordinated the rescue of 175 horses off feedlots and out of situations of neglect. We have rehabilitated and rehomed many, found sanctuary for others, and currently provides sanctuary for 11 horses. Our horses play an important role in our “Horses Healing Humans,” Equine Assisted Therapy Program. (See Therapy Program for more info).

Nancy Aziz of CW6 News San Diego interviewed Audrey Reynolds, Saving Horses, Inc., and Dawn Mellen of After The Finish Line for a story on AJ and thoroughbred rescue. It was aired Opening Day of Del Mar Races, July 2016

Many racehorses are treated well at the end of their racing career”. If sound, they will go on to second careers as sport horses, trail horses. The not so sound may become broodmares or pasture pets. Some transition into long term sanctuaries, while others are sadly just discarded, often found at low-end auctions and slaughter-bound feedlots. This news story focuses on the not so lucky racehorses that are discarded and saved by horse rescues all over the U.S.A. “El Nuki” is highlighted in this story as he once raced at Del Mar.

We have an opportunity to purchase hay at $15 a bale before the Winter price increase.

Help us fill the barn….$15 will buy one bale of hay

Saving Horses, Inc. is a 501C3 non-profit organization that actively rescues horses from slaughter, abuse, neglect, and abandonment. SHI has rescued horses off slaughter bound feedlots, at auction, and from neglectful or other life-threatening situations.

Saving Horses, Inc., was founded in 2007 by Audrey Reynolds. After being introduced to the anti-slaughter campaign, and subsequently the world of horse rescue, the number of horses in need of being rescued out of the slaughter pipeline was (and still is) staggering. We soon learned that the passing of Prop 6 in California in 1998 did nothing to stop the flow of horses to slaughter out of California. This law has never been enforced. Consequently, a large number of horses selling at auction are bought by kill buyers. In the beginning, years, Saving Horses, Inc., concentrated on rescuing horses at Auction and off California feedlots.

It was in 2007 that Audrey joined a group known as the “Fans of Barbaro,” formed following the death of the racehorse, Barbaro. The group formed primarily to bring awareness to the plight of horse slaughter and to raise funds to rescue horses. The group and its followers met and fundraised on the Alex Brown racing forum. Hundreds of thousands of dollars were raised, and thousands of horses were saved from slaughter, abuse, and neglect all across the USA. The Kansas 45+2 was a rescue of 45 slaughter-bound horses and two donkeys that caught Audrey’s attention. She became personally involved and, after that, rolled up the sleeves, formed the non-profit, and began rescue. You can read about our auction and feedlot saves on the SHI rescue page. The first two horses to be rescued in 2007 came from the Fallon Feedlot, Nevada. Lucky Girl, a tattoed thoroughbred (then 15 yrs old), and a 3 yr old feral black mare named Flicka. The two quarantined at Shiloh Horse Rescue in NV before coming to Alpine. Lucky Girl has remained in the care of Saving Horses, Inc., and Flicka was adopted by Alex Simpson, who gentled and broke the feral mare. Lucky became a companion for Audrey’s retired 3-day event horse.

Please read about the rescue work done by SHI. Over 200 horses have been rescued since the formation of this organization. You will also learn of other rescues nationwide and become educated about the plight of many horses ending up in Mexican and Canadian slaughterhouses.

Horse rescue is expensive. SHI can only rescue as many horses as there are funds to support. The funding comes from donations, fundraisers, and grants. Please consider a tax-deductible donation today. Thank you. SPONSOR A HORSE AT SAVING HORSES, INC.

For many years animal advocate groups have been calling for an end to the slaughter of American horses for human consumption. The terrible cruelty inflicted on the horses was always the highlight. As time went on, it was also evident that the meat was contaminated by drugs administered to the horses throughout their lives. Much work has been done in educating the countries importing and consuming the meat.

Animals Angels played a major role in the investigative reporting and presentation of evidence to the EU. Their hard work has finally paid off. In 2015, the EU will no longer be accepting horsemeat from Mexican slaughterhouses. This means that there will be a significantly lower number of American horses crossing the border for slaughter. Non-EU countries will still buy but only a fraction of the original demand. Hope is that they too will follow suit. Humane Society International continues to pressure the EU over the decision to disallow meat from Canadian slaughterhouses also. The same level of cruelty and contaminated meat exists there too. Read more about the ban on Animals Angel’s website

For all your riding needs.

If customers can’t find it, it doesn’t exist. Clearly list and describe the services you offer. Also, be sure to showcase a premium service.

Relax and destress with an hour of Yoga and meditation followed by an energizing healthy lunch.

Are your customers raving about you on social media? Share their great stories to help turn potential customers into loyal ones.

Running a holiday sale or weekly special? Definitely promote it here to get customers excited about getting a sweet deal.

Have you opened a new location, redesigned your shop, or added a new product or service? Don't keep it to yourself, let folks know.

Customers have questions, you have answers. Display the most frequently asked questions, so everybody benefits.